We are a fresh games studio based in Warwickshire, the heart of the English countryside.

Founded by a small team of veteran game developers in late 2011, our focus is the creation of ground-breaking, socially-connected games that deliver rich entertaining experiences to the mobile space. 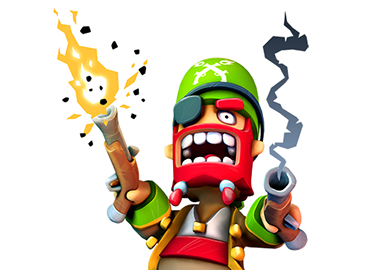 We’ve all been making games for a while now; in fact we have a combined total of over 100 years experience, having held key positions on a wide variety of AAA titles from Donkey Kong to Motorstorm, Pursuit Force to SEGA Rally, Blast Corps to Colin McRae Rally.

We love games, we understand gamers and we are bringing our experience, our passion and our creativity to the mobile space. 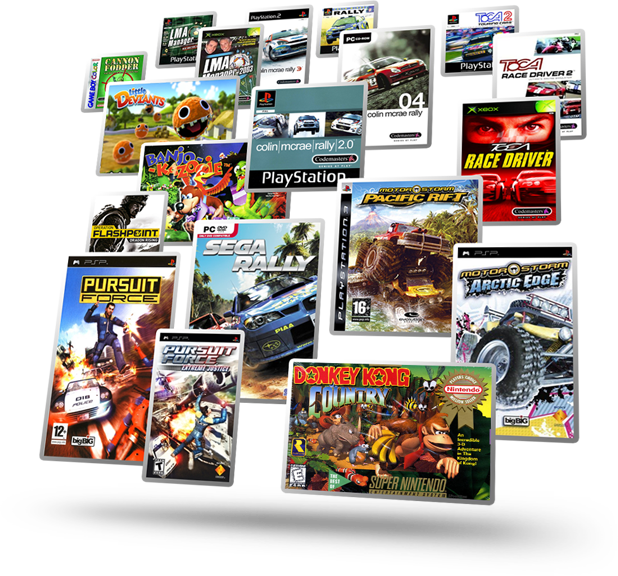 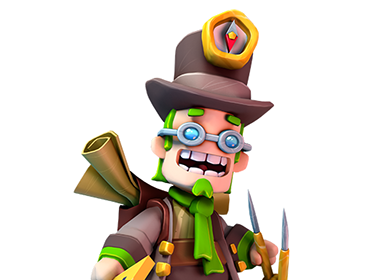 Ian Livingstone is one of the founding fathers of the UK games industry. In 1975 he co-founded iconic games company Games Workshop. He co-authored the Fighting Fantasy gamebook series with global sales of 17 million copies. He served as Executive Chairman of Eidos plc from 1995-2002 where he launched Tomb Raider. He’s received a BAFTA Special Award, a British Inspiration Award, the Develop Legend Award, an Honorary Doctorate of Arts by Bournemouth University and an Honorary Doctorate of Technology by Abertay University, Dundee for his contribution to the UK video games industry. He was ranked by Wired 100 as the 16th most influential person in the UK’s digital economy in 2012. He was appointed CBE in the 2013 New Year Honours list.

Founder and previous Managing Director of Bigbig Studios, Jonathan draws on more than 23 years of game development experience with a background in studio management, production, design and programming. Awarded New European Studio of the Year in 2002, Bigbig created a number of AAA titles for Sony’s PlayStation Portable and was acquired by Sony Computer Entertainment in 2007 where it moved into development of several leading PlayStation Vita titles, all under Jonathan’s guidance and leadership.

Dan co-founded Midoki in 2012 after 22 years developing games for Playstation and Xbox, having worked on over 20 game titles. He has directly produced art for every area of a project, from initial concept art, to UI design, vehicles, environments, characters, animation, lighting, special effects, and Art direction. His experience is backed up by a rock-solid formation in traditional art; he graduated in Fine Arts and Design from the Universidad Complutense de Madrid.

Technical Director with over 23 years experience, Ben has held senior positions within a number of top companies including Codemasters and Sony and has significantly contributed to the success of numerous AAA titles. In addition to his passion for coding and his strong academic background in Mathematics, his vast knowledge of multiple platforms, ranging from DirectX to PlayStation 3, have all been integral in shaping the early design stages of PlayStation Vita’s software systems and the overall success of Bigbig studios.

With 28 years experience in senior Technical Art roles, Chris has worked for some of the top UK game studios: Rare, Codemasters, Sony and SEGA. Starting on the Super Nintendo he has developed games for almost every gaming platform to date and has worked on landmark titles such as Donkey Kong Country, Banjo Kazooie, the ToCA racing series and Motorstorm.

Combining his excellent art skills, experience and technical knowledge, Chris is the perfect bridge between the Art and Programming disciplines.

It is with great sadness that after a short illness, Ian passed away at the end of 2021. Ian had been with Midoki since its inception in 2011 and had played a key role in the company's success. As an acknowledgement of his time with us and with respect we have chosen to leave his biography in place.

Ian Hetherington has been instrumental in the start up of many of the defining businesses in entertainment technology. In 1985 he founded the iconic games company Psygnosis which in 1991 published Lemmings. 2 years later, having sold to Sony, Ian was appointed Managing Director of SCEE the "Playstation Company", building a team to over 650.

Significantly, this period also saw him commissioning and overseeing the production of numerous independent software products, including Travellers Tales (Lego games), Reflections (Driver series), DMA (originators of Lemmings and Grand Theft Auto) and Bizarre Creations (Project Gotham) – all of whom have eventually been acquired by world leading names in entertainment.